This laid-back Egyptian town on the east coast on the Sinai Peninsula is a freediver’s paradise. Home to the Blue Hole, a world-renowned training ground for pro freedivers and those that want to ‘go deep’. It also boasts some of the most spectacular underwater scenery in the world, much of which is accessible by foot, fin or taxi. If you go to Dahab (and I recommend that you do), don’t miss these incredible dive spots: 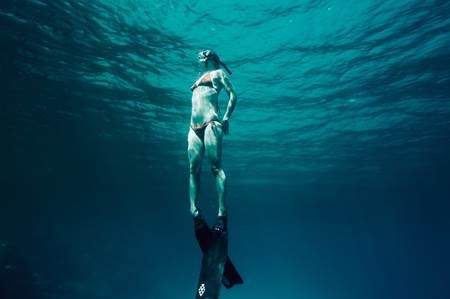 Freediver level: PADI Freediver.
How to get there: Walk beachside from Lighthouse to Eel Garden View Restaurant.
What to expect: The most popular fun-dive spot for freedivers in Dahab is Eel Garden. Named after the blanket of garden eels that stand to attention on the seabed not far from the shore, it’s home to corals far superior to anything else in the area. The best bit is, it’s right on your doorstep! To reach open water, snorkel over the reef shelf to where there’s a gap in the coral wall at about nine metres wide with a depth of three metres. Here is your first glimpse of the incredible coral life that awaits just beyond. Either side are huge brain corals, with brightly-colured soft corals and other hard corals attracting schools of anthers, along with angelfish and parrotfish among many others. Not far from here you’ll spot the eels waving to-and-fro in a relaxed manner you’ll come to expect of all of Dahab’s residents. 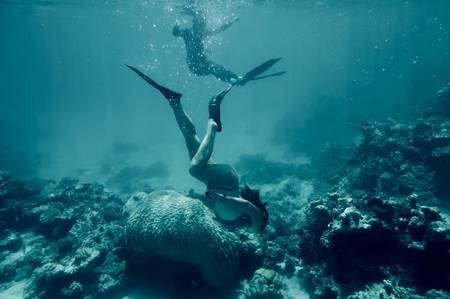 Freediver level: PADI Freediver – PADI Advanced Freediver.
How to get there:  Take a 25-minute taxi south of Dahab.
What to expect: Three Pools is a great spot for kicking back on a rest day for a little hammock-time or light snorkelling. Equally, there’s fun to be had freediving between the three shallow natural pools that feed into each other. Keep a lookout for small rays and squids hiding in the sand at the bottom between three-four metres deep. Just beyond the third pool, is open water and a reef wall that falls 15-20 metres deep. It’s best to go there at high tide but even when the water’s low you’ll find lots to explore, moving between the large brain corals on the reef wall to the more intricate pipe corals on the pinnacles dotted around flat sandy playgrounds. 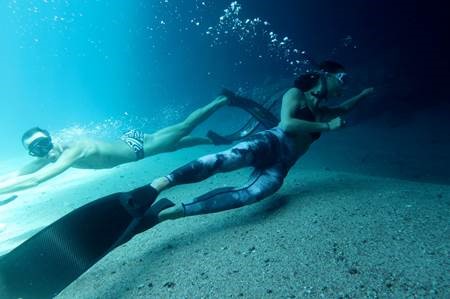 Freediver level: PADI Freediver – PADI Advanced Freediver
How to get there: Taxi five minutes south of Three Pools
What to expect:  It’s a small spot where you slip into the waters off a rocky ledge and beneath you awaits a shallow cave mouth that’s surrounded by a semi-circle of coral reef. The cave is only small at approximately five metres at its most shallow opening and 20 metres at it’s deepest and the back can be seen from the opening. As the cave is so shallow, it’s easier to dive on exhale where you can enter the cave, swim around and turn towards the opening to watch the sunshine light up your buddies beyond. It’s best to go at high tide to make it easier to get in and out of the water. 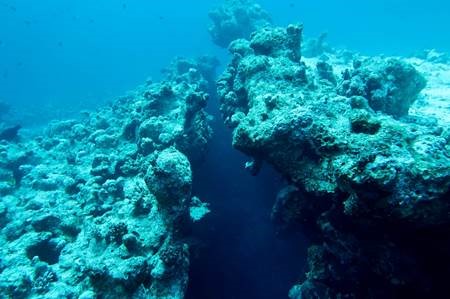 Freediver level: PADI Master Freediver
Location: Take a 15-minute taxi north of Dahab.
What to expect: Canyon cuts deep into the seabed half way between Dahab and Blue Hole. From water’s edge there’s a shallow sandy lagoon that you’ll snorkel through before going out into open water. Outside of the lagoon is a small reef wall amass with exotic fish at ease with respectful divers. It’s easy to lose yourself in the abundance of marine life teaming over vibrantly coloured corals, but just beyond this lies the canyon, opening up at it’s largest point 22 metres below sea level. There’s a semi-enclosed swim through of 15 metres between here and the second opening, with the sandy bottom of the canyon at around 30-32 metres between these points. It looks harder from the surface than it is, but you’ll need to be comfortable diving without a line to at least 23 metres to make the most of it safely.

Is Freediving Really a Dangerous Sport 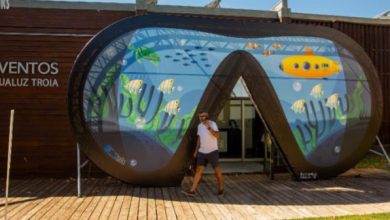 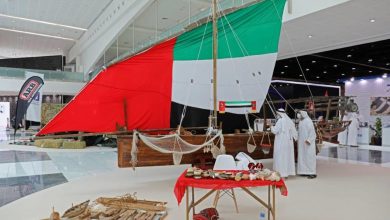 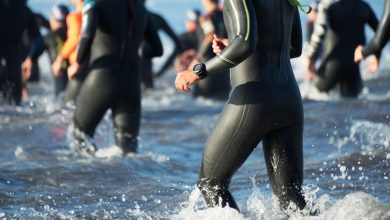 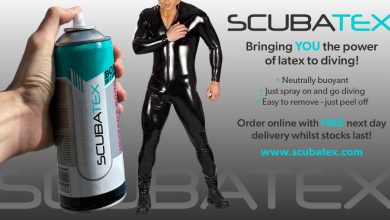