In 1986, I was the director of one of three diving centers in Sharm El-Sheikh (Ne’ma), the “Red Sea Diving Center” Marina Sharm diving center, it was owned by “Sinai for Hotels and Diving Clubs” which belonged to the General Intelligence, as well as the other centers, Aqua Knot center under the management of Rolf Schmidt from Germay, and Aqua Marine Center under the management of Alain Sobol from Belguim

At this time, there were only three dive boats in Sharm el-Sheikh, the largest one called “Abu Hara” made of iron and running under the management of Aqua Knot. The second and the modern one was from aluminum and called “Tom” belongs to Aqua Marine. The third was “Shams”, a wooden boat from Suez and it was 14 meter long, its motor recently overhauled, and we were supposed to try it at in our trips to the Straits of Tiran only. And the rest of the dives, including Ras Mohammed was taken by car.

One day, two huge trailers entered the center, on each one of them a steel Glass Boat that was manufactured in the Arab contractors company in El-Masara, Helwan, for the Sinai company. Both needed a large crane to land them on the shore of Ne’ma Bay, as the weight of one of them was 8 tons. I was told that one of them would stay in Sharm El Sheikh for me to run, while the other one would be parked until being transferred later to the only dive center in Dahab, which is owned by the same company.

However, a few days later, the administration instructed me to personally take the Glass Boat from Na’ma Bay to Dahab by sea using boat “Shams”.

Despite the fact that we were not sure about the readiness of the boat, and although the captain “Ahmed Al Khutairi”, who was assigned a few weeks ago, was not in Sharm El-Sheikh before, and I did not know the maritime route to Dahab, I obeyed the orders because I was adventurous at that time, and also I was the only Egyptian diving director at that time, and I hated to be said that I fainted or failed.

Captain “Nwegaa” was assigned to guide to us at sea. He was the Fishermen Head  in Tur and was a friend and a father for me and for everyone in Sharm El Sheikh and had a good relationship with everyone. He advised us to sail at dawn, because the wind at the entrance to the Gulf of Aqaba (Strait of Tiran) being gentle at this time, then it becomes stronger by time, so the crossingwill be more difficult, especially with the presence of such a heavy load, therefore we had prepared everything we needed and tied the Glass Boat to “Shams”.

I was living in ٍSharm hill, so I was the reason that the trip was delayed more than a hour. It is known to those who work or dive in this area that the sea an its extension from Ne’ma Bay to Ras Nasrani would be calm and sailing smoothly no matter what the weather is, so I reassured my heart that the journey will be calm, and I was happy to I’ll complete the task and return to Sharm El Sheikh on the same evening. But when we passed Ras Nasrani, the situation changed. The Gulf opened and became windy. Al-Rayes Nwegaa proposed to stop on the Jackson Reef, a well known dive site in Tiran, until the wind speed decreases over time. 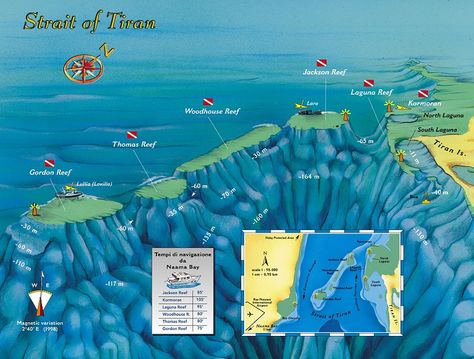 We took the only ligament and then we stayed an hour but the wind still the same and we could not make a clear decision, but the arrival of the diving boat “Tom” and on it my dear friend Ayman Salah Taher, and they need to dive which forced us to leave the only ligament and complete the trip. As soon as we crossed the strait towards north, we bumped into strong waves, and behind us the Glass Boat was swaying as we looked forward to it, while “Nwegaa” didn’t left the helm from his hand for a moment.

As the helm was inside the cabin, we kept the windshield opened for  better visibility, which made the wind sprayed water hitting the Captain’s face, me and Ahmed Khutairy couldn’t do anything but only to watch with admiration of the determination of this old man despite his small body. Over time our attention divided between Rayes Nwegaa and the Glass Boat and we discovered that we weren’t  moving from our place, the Jackson Reef was still visible and we have traveled no more than three miles in three hours.

Suddenly, something went wrong. One of the two rops was cut off from the head of the Glass Boat. The natural reaction came from me and from Rayes Ahmed, who grabbed the other rope and dragged it to bring the Glass Boat closer to reconnect it. Unaware that keeping the two boats close to each other in such a stormy weather is a disaster.

Suddenly Rayes Nwegaa left the helm and pushed us aside while throwing himself in the stormy sea towards the Glass Boat, and in an acrobatic move, I didn’t imagine that this move could be done with such a man, he put his elbow on the front of the Glass Boat while it was swaying down and let the boat left him up to its deck, he quickly regrouped the rope and then jumped into the sea back to us, we down the ladder to him and pulled him up, he didn’t look at us but he ran towards the helm and grape as if he didn’t trust anyone to hold it.

I couldn’t stop myself from staring at him with surprise and admiration for what he just did, an hour later we realized that it is the time to gave up and stop our attempts to sail forward.

We decided to find a suitable place for shelter overnight and actually we sailed towards the land and found a suitable place, we threw a hock to attach the Glass Boat so we could pull it and remove all the water from it. After this long day we ate and prepared to sleep, and Nwegaa spent his night asleep while he was holding the rope of the Glass Boat in case of anything could happen.

On the next morning we continued the journey in identical conditions and similar results. We did not move much for two hours, so we decided to find another port and wait for the storm to calm down even for days, the completion of the task in such circumstances was impossible. At this time I got bored, so I decided to jump in the water and swim to the mainland and return to my work in Sharm El Sheikh. It was a wrong idea, I ended up in Nabaq, and it was a deserted place back then where I couldn’t see anyone, I decided to walk on my way to the south.

After walking for two hours while I was in a place called “Madafee Abdel Nasser” the miracle happened, a police vehicle came from behind going towards Sharm El Sheikh, when I told them my story, they took me to the Marina Sharm Hotel, when I arrived I found the place was turned upside down. The radio did not pick up or send any signal except one vague signal picked up by our diving center, where Ahmed Khutairy said “The Doctor jumped in the sea”, then the transmission was cut off, so every body worried and the didn’t know what to do.

On the third day, the weather improved. They successfully arrived to Dahab. They called me from there, so I went to Dahab carrying some food for them. The Glass Boat was delivered to Mahmoud Helmi. He was the director of the dive center in Dahab. I assured that “Shams” boat sailed to Sharm El Shiekh, and I drove back to Sharm. 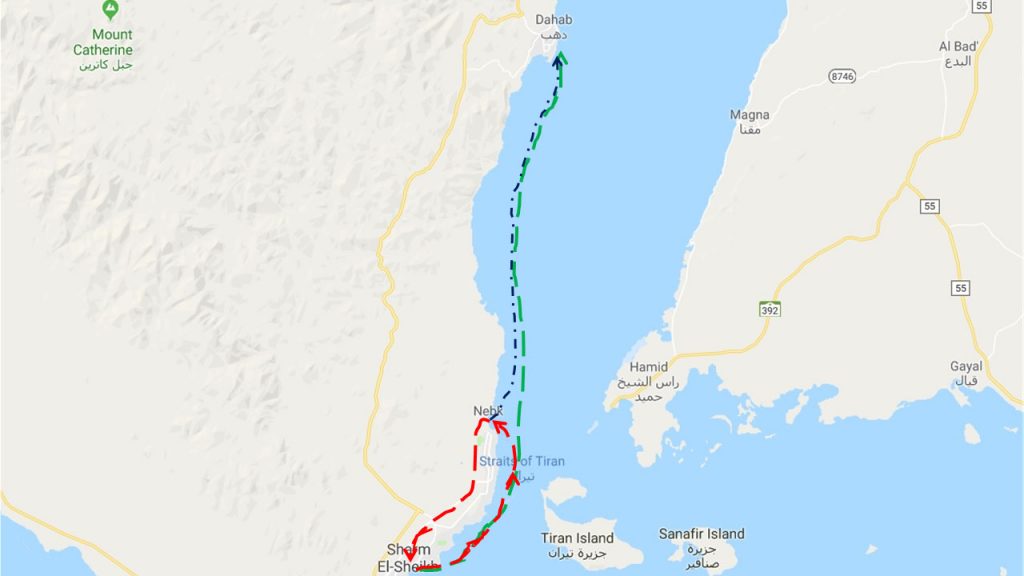 It was my first ride in the open sea, which I didn’t get used to it in recreational diving due to my work in the pool-like Sharm El Sheikh area.
The trip was one of the factors that helped me adapt to work at sea when I moved to Hurghada and the South where conditions are similar most of the time! 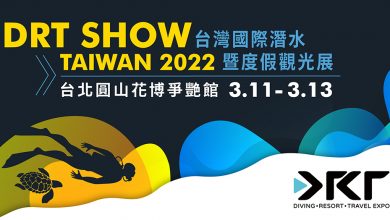 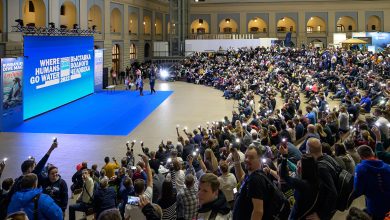