Every year, millions of tons of plastic enter the oceans, of which the majority spills out from rivers. A portion of this plastic travels to ocean garbage patches, getting caught in a vortex of circulating currents. If no action is taken, the plastic will increasingly impact our ecosystems, health, and economies.

The Ocean Cleanup is a non-profit organization developing and scaling technologies to rid the oceans of plastic. To achieve this objective, we have to work on a combination of closing the source and cleaning up what has already accumulated in the ocean and doesn’t go away by itself. This goal means we plan to put ourselves out of business – once we have completed this project, our work is done.

The Ocean Cleanup is developing cleanup systems that can clean up the floating plastics caught swirling in the Great Pacific Garbage Patch. System 002, our latest system iteration, reached proof of technology on October 20th, 2021, meaning we can now start the cleanup.

OVER 5 TRILLION PIECES OF PLASTIC CURRENTLY LITTER THE OCEAN

Trash accumulates in five ocean garbage patches, the largest one being the Great Pacific Garbage Patch, located between Hawaii and California. To solve it, we not only need to stop more plastic from flowing into the ocean, but also clean up what is already out there. Floating plastics trapped in the patches will keep circulating until they break down into smaller and smaller pieces, becoming harder to clean up and increasingly easier to mistake for food by sealife. If left to circulate, the plastic will impact our ecosystems, health, and economies for decades or even centuries. 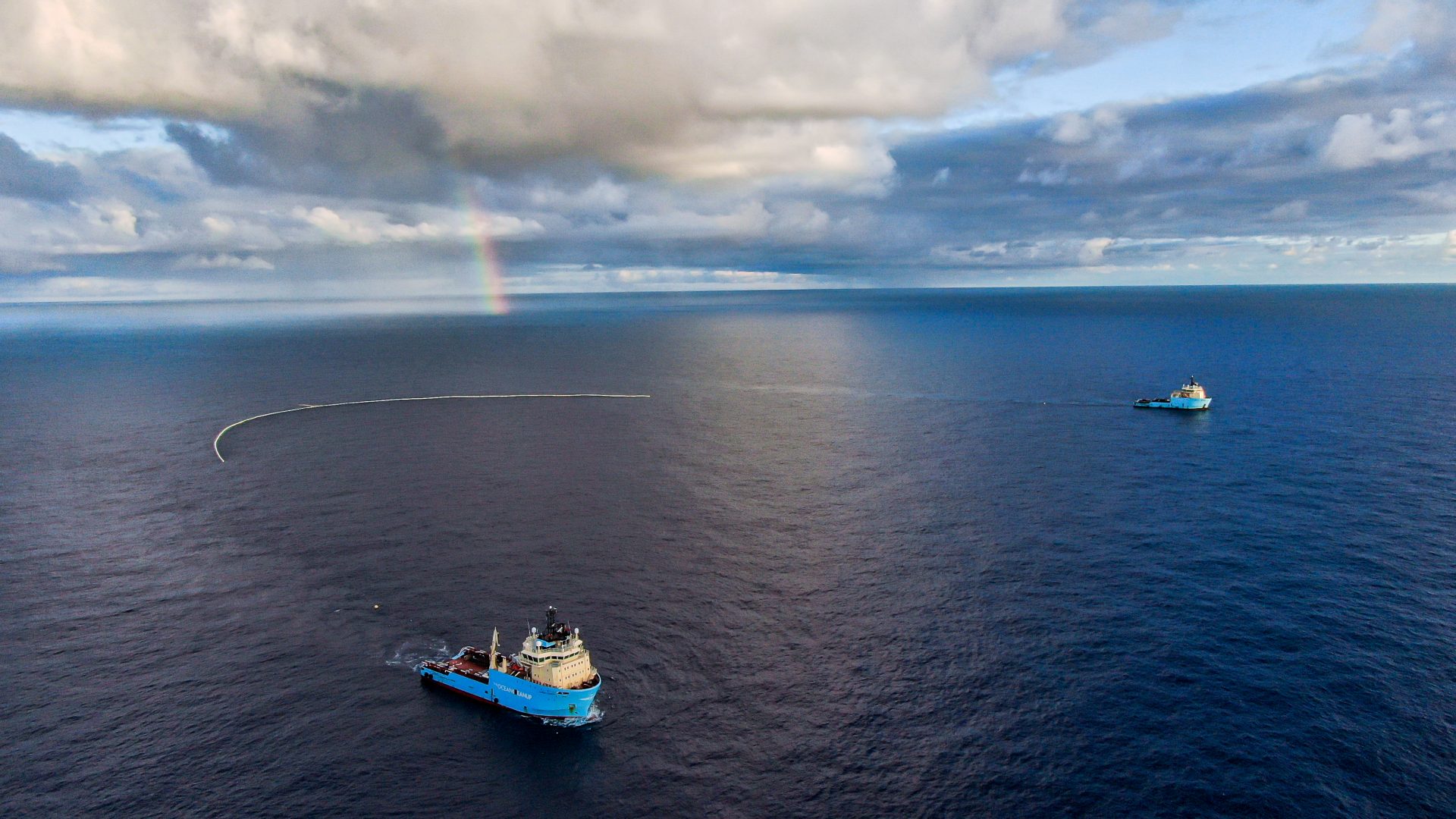 The fundamental challenge of cleaning up the ocean garbage patches is that the plastic pollution is highly diluted, spanning millions of square kilometers. Our cleanup solution is designed to first concentrate the plastic, allowing us to effectively collect and remove vast quantities. This is how it works: 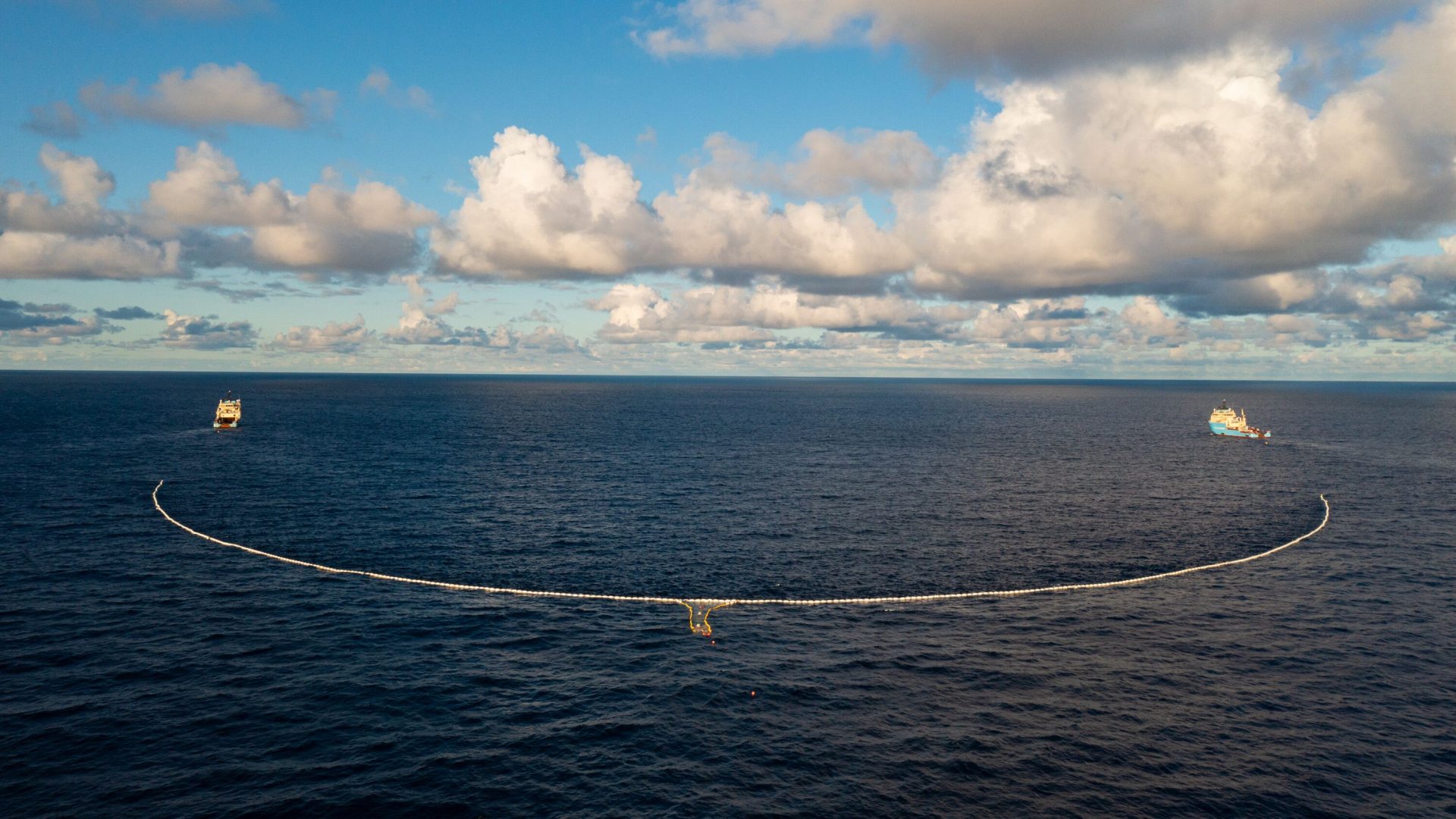 To clean an area of this size, a strategic and energy-efficient solution is required. With a relative speed difference maintained between the cleanup system and the plastic, we create artificial coastlines, where there are none, to concentrate the plastic. The system is comprised of a long U-shaped barrier that guides the plastic into a retention zone at its far end. Through active propulsion,  we maintain a slow forward speed  with the system. 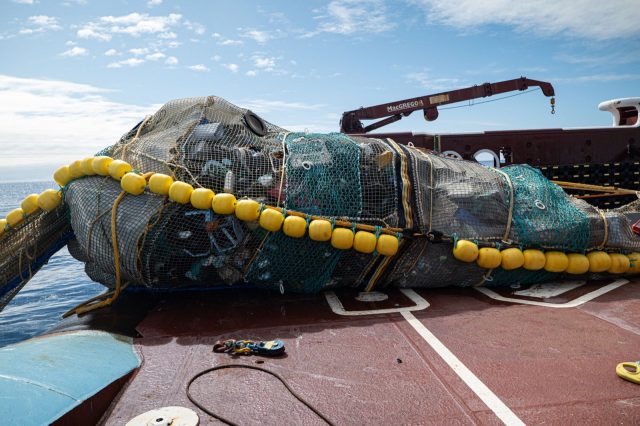 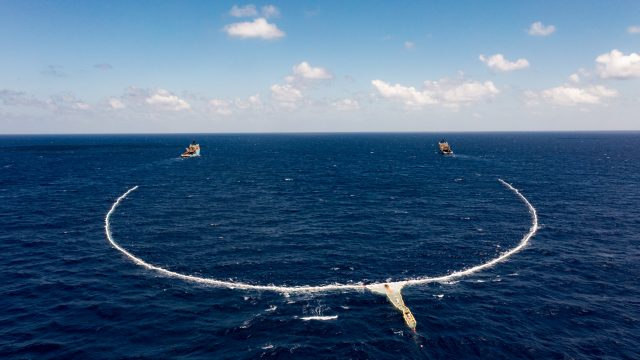 Our floating systems are designed to capture plastics ranging from small pieces, just millimeters in size, up to large debris, including massive, discarded fishing nets (ghost nets), which can be tens of meters wide.

Modeling predicts we need around 10 full-size systems to clean up the Great Pacific Garbage Patch.

After fleets of systems are deployed into every ocean gyre, combined with source reduction, The Ocean Cleanup projects to be able to remove 90% of floating ocean plastic by 2040. 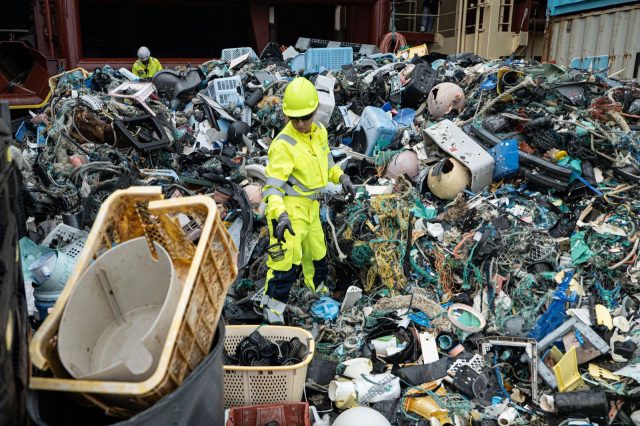 The Ocean Cleanup has developed the first scalable solution to efficiently intercept plastic in rivers before it reaches the oceans. By tackling 1000 rivers around the world, we aim to halt 80% of riverine plastic from entering the oceans in five years from rollout. 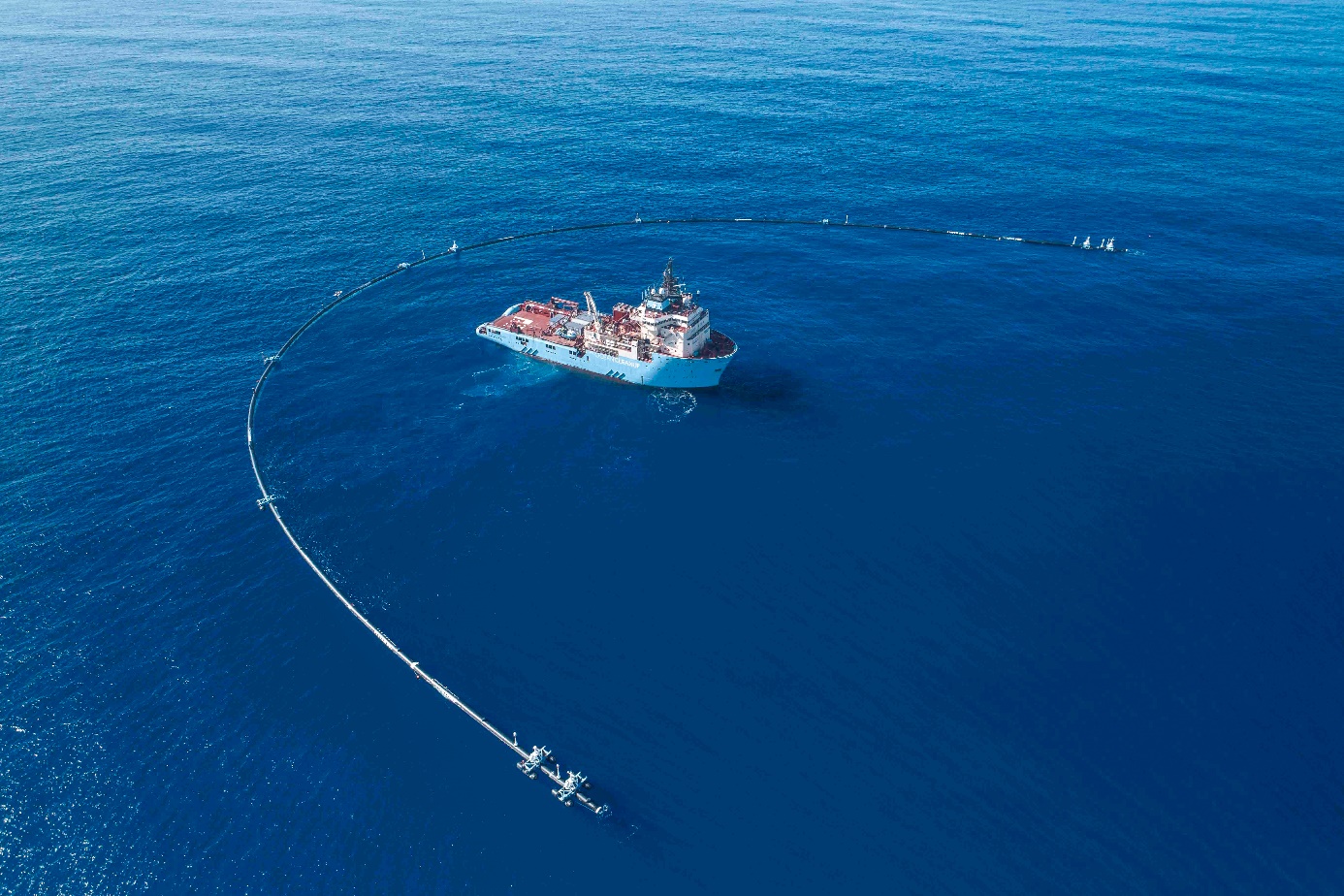 Rivers are the main source of ocean plastic pollution. They are the arteries that carry waste from land to the ocean. According to our research, 1000 rivers are responsible for roughly 80% of riverine pollution. 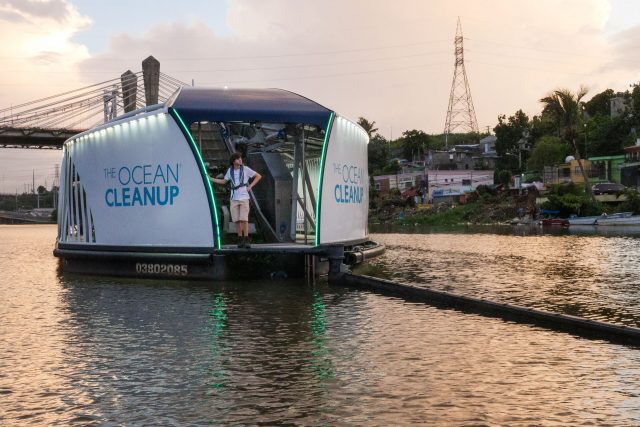 WE AIM TO TACKLE PLASTIC IN 1000 RIVERS

To rid the oceans of plastic, we need not only to clean up what is already out there but also stop new plastic from entering the ocean – we need to close the tap. Working together with government leaders, individuals, and private corporations, our goal is to tackle these 1000 most polluting rivers all over the world. 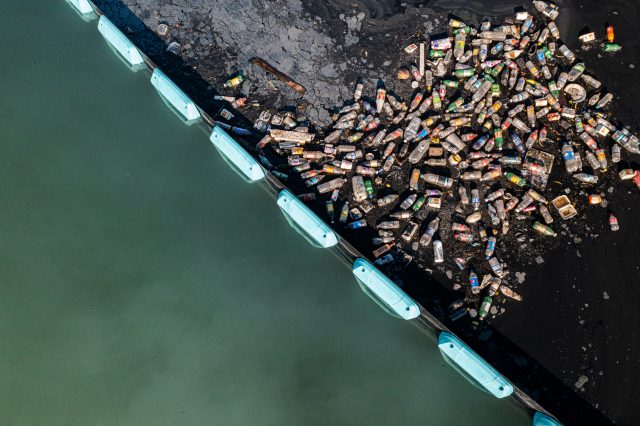 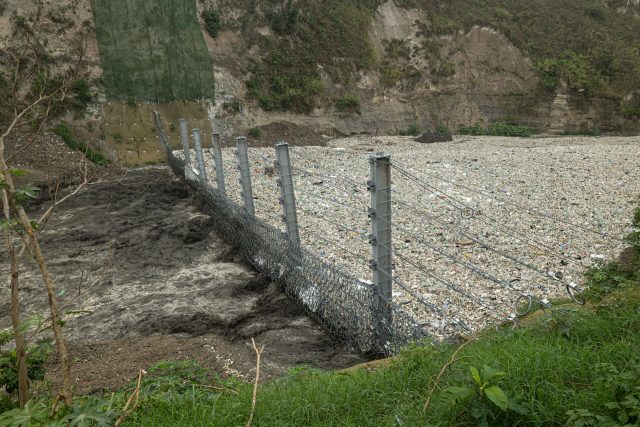 Every single year, marine plastic costs the economy (6 to 19) billions of dollars – impacting tourism, fisheries and aquaculture, and (governmental) cleanups. And that doesn’t include the impact on our health and on the marine ecosystem. Intercepting plastic in rivers is much more cost-effective than dealing with the consequences downstream. 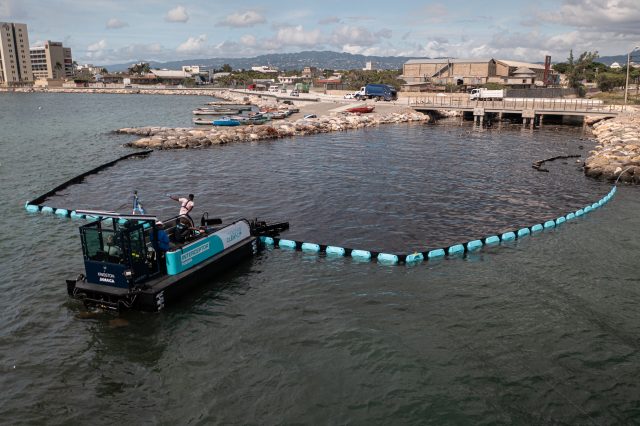 To Know More About The Ocean Cleanup Follow the Link

Sharks Are Our Friends

Sharks Are Our Friends