Sometimes mother nature needs a little help from her friends. When a natural reef is lost due to storms, pollution or climate change, an artificial reef provides a replacement habitat for fish and other underwater life.

Generally speaking, an artificial reef is any man-made underwater structure where fish and other marine creatures make their homes. Artificial reefs are typically located in flat, sandy areas with little to no existing reef structure, unless they are an “accidental” artificial reef.

In this article, we’ll focus on purpose-built or purpose-sunk artificial reefs. In addition to shipwrecks, there are artificial reefs made from decommissioned subway cars, concrete, electrified steel, and even the cremated remains of divers.

What are the Benefits of Artificial Reefs?

In addition to providing a home for algae, barnacles, corals, and other marine life, an artificial reef can help control erosion, improve surfing conditions, and attract tons of divers with selfie sticks. Over time, the artificial reef becomes a feeding area for small fish, and later large fish that prey on the small ones.

Artificial reefs also benefit areas with a healthy, natural reef. At Tamar reef in Eliat, Israel scientists found more divers visited the artificial reef than the two natural reefs nearby. Fewer divers means less stress on the corals and other marine inhabitants of the natural reef. One of the most famous artificial reefs is the USS Spiegel Grove located in Florida, USA. When the Spiegel Grove was sunk in 2002, she was the largest ship ever sunk as an artificial reef. The 510 ft/155 m vessel first landed upside down, but was later moved to her starboard side. In 2002, Hurricane Dennis flipped the ship upright in a remarkable demonstration of  nature’s awesome power.

Other well-known purpose-sunk wrecks include the USS Oriskany (also in Florida), the
Bianca C in Grenada, and “the tank” in Jordan. Your Seat Cushion May Not Be Used as a Flotation Device

In British Columbia, Canada, you can dive a decommissioned Boeing 737 and swim inside the fuselage all the way through to the cockpit. Don’t forget your drysuit.

This Train Terminates at the Atlantic Ocean

Off the coast of New England, USA hundreds of retired subway cars have made their final stop. Here is an example of a subway reef located off the coast of South Carolina, USA.

Biorocks can be made from a steel structure in any shape or size, the key element is electricity. A low-voltage current causes a limestone crust to form on the structure, which then becomes habitat for coral, lobsters and juvenile fish. The electric field doesn’t seem to bother the critters, and it stimulates coral growth and health.

Damaged coral can be brought to the biorock reef to rehabilitate before being returned to where it was found. According to an article from the BBC, “The coral heals some 20 times faster, and has up to 50 times more chance of survival.”

Temple Adventures, a PADI® Five Star IDC Center in Pondicherry, India also created their own artificial reef. Read about the creation of The Parking Lot. For passionate conservationists who might not have the resources or skills to build their own artificial reef structures, Reef Balls provide an out-of-the-box solution. Reef Balls are an artificial reef “module” made from special concrete, with a pH similar to seawater. Reef Balls are designed for easy placement and assimilation into the natural environment. Reef Balls were most notably used in the restoration efforts following the Deepwater Horizon Oil Spill.

Each Reef Ball is covered in holes and has a hollow interior where fish and other marine life can create a habitat and find shelter. Each ball can be shipped with an inflated center bladder. This allows divers to swim the Reef Ball out to where it needs to be, or the bladder can be removed and the reef ball can be deployed in via ship. According to the company’s website, there are more than 700,000 Reef Balls in the oceans around the world.

Reef Balls are also used in the creation of Eternal Reefs. Cremated remains are mixed with concrete to create a “pearl” which is placed within the reef ball. The reef ball receives a plaque and other personalization before being deposited at one of the Eternal Reef locations off the U.S. Atlantic and Gulf Coasts. Learn more about the steps to creating an Eternal Reef for a loved one. Neptune Memorial Reef in Florida, USA also offers underwater interment by mixing ashes with cement. The site is an artistic interpretation of Atlantis located 39 ft/12 m underwater and accessible to divers. Those who choose spend their afterlife underwater can choose to be placed in a column or molded into the shape of brain coral, a sea-star or other shapes. Each memorial is marked with a plaque.

British sculptor Jason deCaires Taylor created the world’s first underwater sculpture park in Grenada in 2006. The cement statues represent members of the community and are covered with colorful hard coral, making them a living works of art. The artist has since established three more sculpture reefs on both sides of the Atlantic. Visit underwatersculptures.com for additional photos and locations. Perhaps the most famous underwater sculptures are Christ of the Abyss in Italy and Florida. The first statue was built as a memorial for those who died at sea in WWII. The sculptor, Guido Galletti, did not have enough metal to complete the statue, until the US Navy donated two propellers. Galletti later created a second statue and donated it to the United States.

Tips for Freediving with Sharks 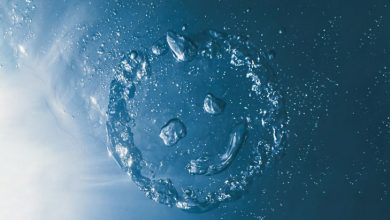 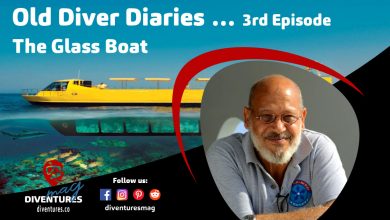